The Legend Behind the Bau Nyale Festival

On the enchanting island of Lombok, its people celebrate the tradition of “Bau Nyale”, originating in the 16th century. In the local Sasak language ‘Bau Nyale’ translates to ‘Catch Nyale”. Nyale refers to the sea worms that appear once a year along some of Lombok’s most beautiful shores. The story behind Bau Nyale Festival is from the legend of Princess Mandala. Like most legends, tales differ. Here is one of its depictions:

Back in the days where Kings  reigned over Lombok, there lived a beautiful princess named Mandalika, daughter of the king of the Tonjang Beru district. Married to Dewi Seranting, the king was famous for his wisdom and justice, which affected the young Mandalika too. From a young age, tales and rumours about her extraordinary appearance, elegance and grace spread across the island. When she became of age, her fame reached all kingdoms of Lombok; Johor, Lipur, Pane, Kuripan, Daha, and Beru. Princes all over Lombok fell in love with her and were eager to marry her. The competition was fierce and inevitable. Turmoil eventually engulfed the Island when princes sent war treats as a retaliation for rejection.

Under the desperate magic spells of the two most furious princes Datu Teruna and Maliawang, the princess was unable to sleep, both of them appearing in her dreams. Lack of sleep and appetite exhausted the princess. The princess and the peoples of Lombok saddened and longed for peace to return to the land.

In a desperate effort to put an end to the chaos once and for all, King Tonjang Beru organised an archery competition in Seger beach and asked all the princes to take part. The winner would acquire the princess’ hand. However, after quite some time, there was no definite winner. All princes seemed equally good. They argued over their claims as more and more soldiers started to mingle.

As the kind princess did not want to startle an actual war, having an idea, she stood up and spoke to the party from the now so famous rock: “Father, Mother, all the princes and the people of the Tonjang Beru country I hold so dear. I don’t want you to fight, nor to be sad because of me. I cannot choose one of the princes and face the dire consequences. Today, I give myself to you all as I see no other way. Fate has decided for me to be Nyale, which you can share and enjoy.”

As the contents of her speech confused the recipients, she threw herself off the cliff into the open sea. The big waves swallowed her whole, accompanied by a sudden lightning and thunder. Desperately, people tried to rescue her. After several hours went by, an abundance of sea worms appeared on the surface. The people finally understood the content of her speech and realised she transformed in these worms. Princess Mandalika sacrificed herself for the sake of peace in Lombok. 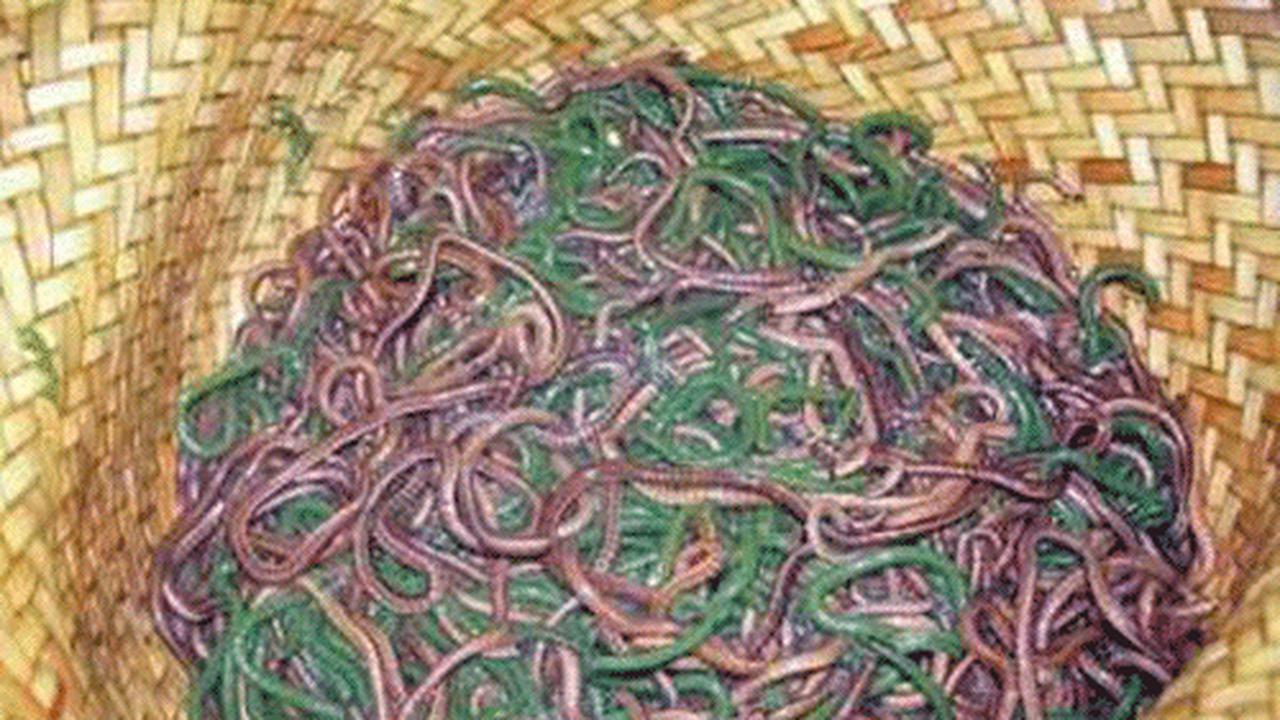 A basket full of the famous Bau Nyale worms

To this day, the nyale worms appear once a year on the shores of the beaches of Lombok. The locals consider them a yearly reincarnation of the beautiful princess, visiting her people on the 20th of the 10th month of the Sasak calendar. The locals believe that eating the controversially tasteful worms will give them the love and beauty Mandalika once possessed.

The legend has grown to be more than merely a cultural worm eating tradition. It has expanded to numerous exciting activities attracting more than 100,000 visitors. The Bau Nyale festivities, among others; the cultural parade, the culinary festival, the Princess Mandalika competition, the Betandak-Bekayak event, The commemoration of “Bau Nyale”; the Peresean, the Cilokaq festival, Surfing contest, beach Volley and the Photography contest.

In its first year of being operational in 2019, DHM surf camp Lombok sponsored the surfing competition of the Bau Nyale festival. It is held in Seger beach and attracts both local and international crowd. This year, DHM will also allow tourists to easily participate in the actual worm catching event for free. We will leave around 3 am by boat to catch the famous worms, before cooking them. Feel free to contact DHM surf camp.

You might have heard of the Mandalika project, which also covers the hills of Seger. It has borrowed its name from the princess. The goal of this disruptive project is to transform Lombok into an enormous touristic center, placing it on the world map. Building resorts and attractions, with the latest innovations, while changing the landscape along the way. Tourism has been transforming the island for decennia, but this project is of another magnitude, supported by economic and political forces.

The naming is key to the project, as an attempt to catch the ‘soul’ of the Sasak people, while transforming the area completely. The name could reduce disparities between the local Sasaks and the growing number of tourists attracted by the project. An attempt to create an architectural melting pot of Sasak culture and innovation at the edge of the project, a buffer zone as it were, is endorsed by famous Sasak scholars like Agus Fathurahman. Hopefully this attempt will secure the cultural heritage and perhaps future ‘peace’ once again.